One of the most emblematic peaks of Sierra de Almijara, a classic climb to the top. Beside the characteristic pyramid-shape, this mountain is famous for being the witness of many battles between the Maquis (Spanish guerrillas) and the Civil Guard.

There is still a ruin of a Guardia Civil’s barracks on the top of the Lucero. With a bit of luck we can glimpse Mountain Goats, Golden and Bonelli’s Eagles. The views at the top are stunning, huge sweeps of Granada province. On clear days we can see Gibraltar and many miles of the coast of Africa.

This is the shortest route to the peak. The route begins in Puerto Blanquillo (1,200 m.) in Canillas de Albaida where we will be driven to, a 50 minutes journey from Cómpeta.

Once in Puerto Blanquillo, we will ascend to Puerto de Cómpeta. Here we are leaving the province of Málaga and entering that of Granada.

On a clear day we will have a good view of Sierra Nevada. After passing an abandoned marble quarry we will start to ascend again to Cerro Lucero passing through Collado de la Perdíz (Col of the partridge) and Coladero de los mosquitos (Col of the mosquitoes) from where path continues in multiple zigzags to the summit.

This is a longer option of the option 1. On this route, we will start with a short transfer to Fábrica de la Luz in Canillas de Albaida. This hike follows the Turvilla river (more like a stream) and passes by the Cueva del Melero (Honey makers cave), a lovely chestnut grove and some farms. Following our way we will reach Puerto Blanquillo (The White Pass). 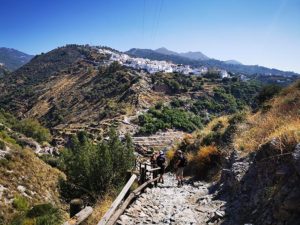 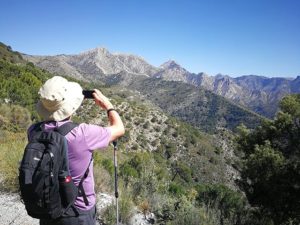 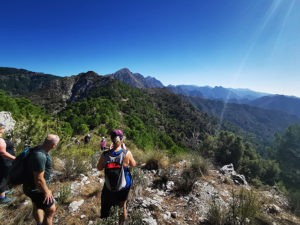 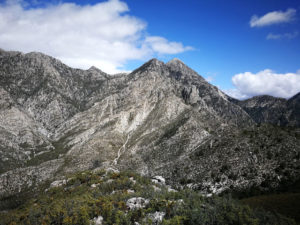 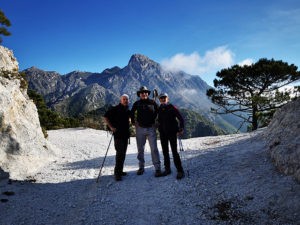 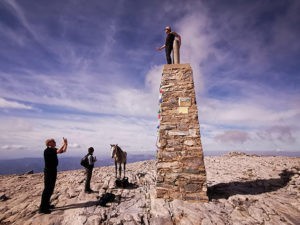 Please allow us 24 hours to reply and check your spam folder in case your email provider identifies our response as spam. Thank you!